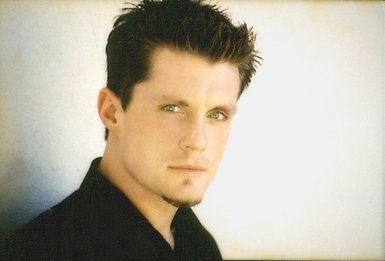 Being born and growing up in Los Angeles, Jim Keith is a true Hollywood kid. He has worked in Los Angeles as a performer (actor and dancer), choreographer, educator and talent representative for over a decade. A former Hollywood High School Performing Arts Center alumni (graduates include comedy legend Carol Burnett, singer Brandy and the late John Ritter) and Joe Tremaine Dance Center Scholarship student, Jim wishes to bring integrity and passion to the art form he loves most. His comedic style and knack for making dance students understand quickly first established him as a highly sought after teacher in the Los Angeles area and throughout the United States to instruct private workshops and teach on conventions and competitions. A firm believer in strong, classical technique mixed with current trends and styles, he was seen teaching on guest, substitute or permanent faculty at over 12 different studios across southern California and judging for over 30 danceand cheer competitions nationwide.

In 2004 Jim was hired as an assistant by DDO Artists Agency and was quickly appointed Director of their Dance and Choreography departments. Under that direction, the agency opened three additional branch offices in under three years; Miami, Las Vegas and Nashville, extending the arm of commercial dance representation respectively to those regions. During his time spent at DDO, he was responsible for placing dance and choreography talent in all facets of the entertainment industry including Film, TV, Commercials, Music Videos, Live Stage Tours and Industrials of various kinds. He gained TV buyers that included “So You Think You Can Dance”, “Dancing with the Stars”, “Americas Best Dance Crew” and “Americas Got Talent”. His represented talent worked with and choreographed for major music icons like Madonna, Brittany Spears, Ricky Martin, Prince and Beyonce. His corporate clients have included Nike, Kidz Bop, Wella/Sebastian Hair Care, Pepsi and MAC Cosmetics just to name a few.

In late 2006 he was asked to serve on the advisory board of Dance Spirit Magazine and has since been featured in several articles who’s topics have ranged from dance employment to dance education and training to technique and competition dos and don’ts. These articles have also lead to him being featured in several additional national magazines and websites, including Dance Informa, Dance Track Magazine, Dance Magazine, Gendance.com, Dance Teacher, Dance Studio Life Magazine, Dancer Magazine and American Cheerleader Magazine. Currently, you can catch him on Answers4dancers.com and Youtube where his video lectures on dance employment and ‘agent-client-relations’ have been featured and viewed by thousands of dancers worldwide. He was honored to be included on a special committee that was consulted to assist in creating the initial design and scoring structure for the hit TV show “America Best Dance Crew” and becoming a member of the Academy of Television Arts & Sciences, the Emmys.

In 2010 he was nominated for “Dance Judge of the Year” by the Spirit Industry Trade Association and asked to serve on the advisory board for the Young Choreographers Festival.

After two highly successful years of talent management, he returned to agenting, only now as partner and president of his own agency. Together with dance icon and entrepreneur Bill Bohl, he has formed a new talent agency exclusively dedicated to dance called MTA or The "Movement Talent Agency". He and Bill are very excited to begin moving toward a new design in dance representation and setting new standards of excellence in their field.
FULL TESTIMONIALS
FULL PRESS